Soon after the end of rainy season I got to visit some friends in Pha Yao. Pha Yao is a little town sitting on a lakeside in rural northern Thailand. I had a great time celebrating American Thanksgiving there…but as always, found a time to look for reptiles and amphibians.

The huge lake that dwarfs the city had a white form of Chinese Edible Frogs. 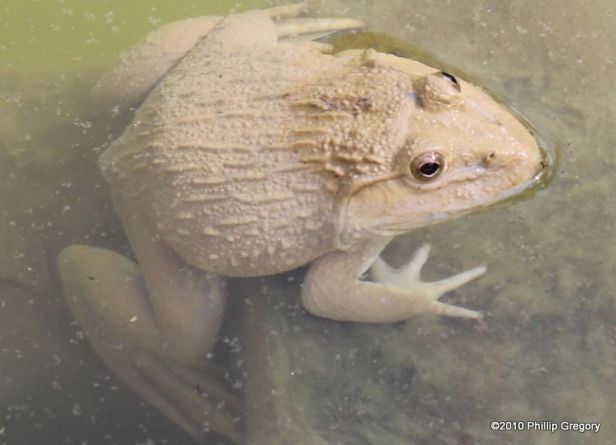 Several Tokay Geckos called unseen from my friends’ ceiling, and these frogs and lizards were right there in their yard.

This late in the year Pha Yao was cold enough that snake activity was reduced to daytime and dusk. I borrowed my friends’ bicycle and pedaled over to a series of ponds where they had spotted snakes while on evening walks. The area wasn’t gorgeous, but the fish ponds had their charm.

Right off the bat I saw several frogs:

And just before the sun set I saw my first snake!

Within just a few minutes two more showed up.

This was my first look at this species, and they were interesting in how they reared up in striking position, and then flipped around and tried to flee wildly. They gave the impression of a snake that wasn’t fully comfortable on land. In fact, most Asian Water Snakes spend over 90% of their time in the water. The Yellow-bellied Water Snake is a bit of an exception, hunting on land much more often than the other species, but it still found only in close proximity to water.

The last find of the night, less than an hour after the sun had set, was another lifer: a Checkered Keelback.

The next night I came back to the same area, and just before dusk I found a closely-related Yellow-spotted Keelback catching the last rays of sunlight just outside of some brush.

During the day I rode around on the bicycle a little bit, turning up a number of road-killed snakes that had been hit by passing vehicles. Many snakes are killed by cars as they try to cross roads to get from one bit of habitat to the next, or as they sun on roads to gain warmth. Sadly, some drivers even veer to kill the snakes, despite the fact that the snakes pose no danger to them at all. I found dead yellow-bellied water snakes, oriental rat snakes, long-nosed whip snakes, checkered keelbacks, and yellow-bellied keelbacks all on Pha Yao’s roads.

But one dead snake looked a bit odd to me. I picked it up and realized…it wasn’t a snake! In fact, it was a caecilian, a kind of legless amphibian. The combination of the cars and the sun had flattened it against the road.

Soon I found more on the road. It was interesting to see how much they looked like snakes…can you tell which of these is a caecilian and which is a yellow-bellied water snake? 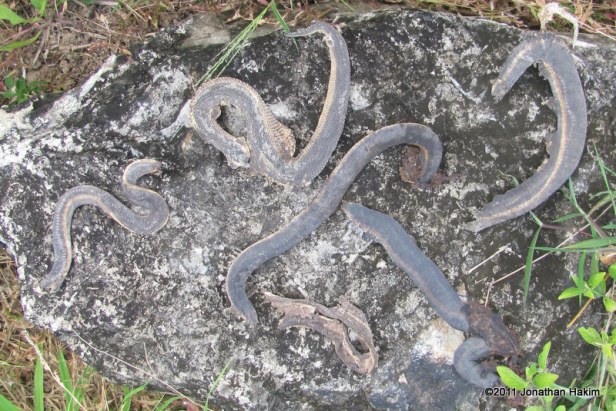 Unfortunately, I was not able to find any live caecilians that year.

A couple years later I went back to the same place slightly earlier in the year. In the same marshy area where I had visited before, I found another couple of yellow-bellied water snakes.

I also saw this unusual Green Paddy Frog, which appeared to have some sort of lip deformity but had still managed to grow to adulthood.

And then, finally, a live caecilian! Sadly, you can see several wounds on the caecilian’s body, possibly from being attacked by a house cat or hit by a bicycle. I am not sure whether it would be able to survive or not.

The next day I went biking around during the day. I turned a corner in a rural area and saw a beautiful snake crossing the road. An adult Long-nosed Whip Snake! It truly was a sight, a full meter and a half long but barely thicker than a pencil. 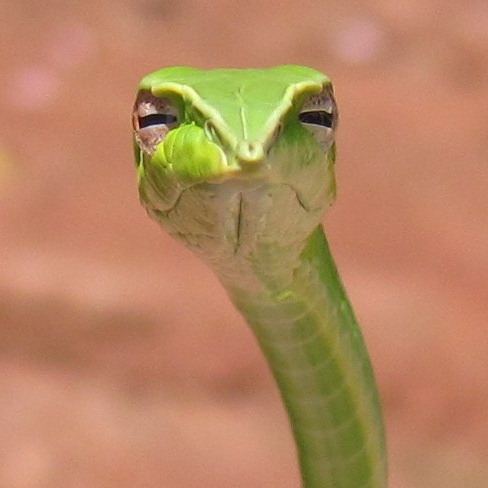 After carefully taking it off the road, I placed it in a nearby sapling and snapped another photo:

Amusingly, one of those pictures was stolen off my website and has now become the “skeptical snake” meme:

The whip snake was a wonderful way to cap off my time in this little city.

2 thoughts on “Bicycling in Pha Yao”